By Stuart Davis and Brett Carr 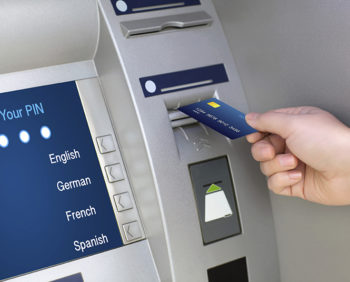 Driven by payments innovation and new regulation, 2018 is cited as the year for some of the most significant changes retail banking has seen.

At the Westminster Business Forum for Digital Payments, Adoption, Innovation and Policy Priorities, Graeme McLean (Head of Banking, Lending & Distribution at the FCA) appraised a panel and audience including legislators, innovators, and market infrastructure providers on the regulatory state of play heading into 2018.

With the revised Payment Services Directive (PSD2) set to apply from 13 January 2018 (see Latham’s Client Alert Understanding PSD2: Key Points to Know About the Upcoming Regime), the industry finds itself, according to McLean, just weeks away from an impending “diversification the retail banking sector has never seen before”.

Closely following the publication of the long awaited Regulatory Technical Standards (RTS) on Strong Customer Authentication and Secure Communication (SCA), McLean discussed PSD2, competition, and the UK’s Open Banking initiative. McLean highlighted that the transitional period applying to these standards has raised some uncertainty across the industry, and reminded those concerned to familiarise themselves with the FCA’s Approach Document and joint statement with HM Treasury, which detail the FCA’s approach to the transitional period.

On a practical level, McLean reminded attendees that the FCA began receiving applications for authorisation and registration under PSD2 on 13 October 2017. He stressed that if firms are not currently authorised or registered, they will need to be by 13 January 2018 in order to provide regulated services brought within scope. Firms were encouraged to submit applications as soon as possible.

Interestingly, and on the same day that the FCA announced its third cohort of 18 firms for the Regulatory Sandbox (which includes no less than four payments propositions), McLean continued a theme of regulatory focus on aiding competition in financial markets and among financial institutions. He cited not only PSD2, but also the PRA and FCA’s New Bank Start-up Unit, as catalysts for increased competition in the retail banking sector.

Open Banking, part of the Competition and Markets Authority’s solution to the findings in its retail banking market investigation, along with the requirements of PSD2, enables personal customers and small businesses to share their data securely with other banks and with third parties. This allows them to compare products on the basis of their own requirements and to manage their accounts using regulated third parties to provide new and innovative payment services. Open Banking goes one step further than the requirements of PSD2 and the RTS on SCA, by developing a common standard for banks to meet their obligations to open up to third-party payment service providers. McLean considered that Open Banking would deliver a major impact in allowing: (i) consumers to control their data; and (ii) innovative use of that data.

On the topic of the myriad new regulations that financial institutions will implement in 2018, McLean acknowledged that, whilst there is a general view that other regulatory developments such as GDPR and MLD5 “unite with PSD2 in the way that is intended”, the FCA is cognisant that the law of unintended consequences may give rise to conflicts between these cornerstones of consumer financial and data regulation. McLean made clear that the FCA will work closely with the Information Commissioner’s Office to monitor the situation from January, and will “deal with any arising issues”.

Some concern was expressed at the possibility of low consumer adoption of the new third party payment services (account information services and payment initiation services) made possible under PSD2. McLean met these concerns by confirming that the FCA will use its website to engage with consumers and provide information on how best to utilise these new services.

It’s clear that new regulation will support an already seismic shift in consumer adoption of innovative payment solutions and the move to digital and mobile payments.

What remains to be seen is whether regulation can play its part in dismantling barriers to competitive innovation, delivering consumer trust in payments innovators and whether user demand and experience is prioritised in the mindset of new payment services providers to the extent required to ensure PSD2 and Open Banking both start with a bang and not a whimper.